Railway Supply » Публикации » Hyperloop is the transport of the future, will it become an alternative to rail transport?

The new type of transport Hyperloop is not something fantastic: all the technologies proposed for use in it are already exist and being successfully developed. Will it become an alternative to rail transport? 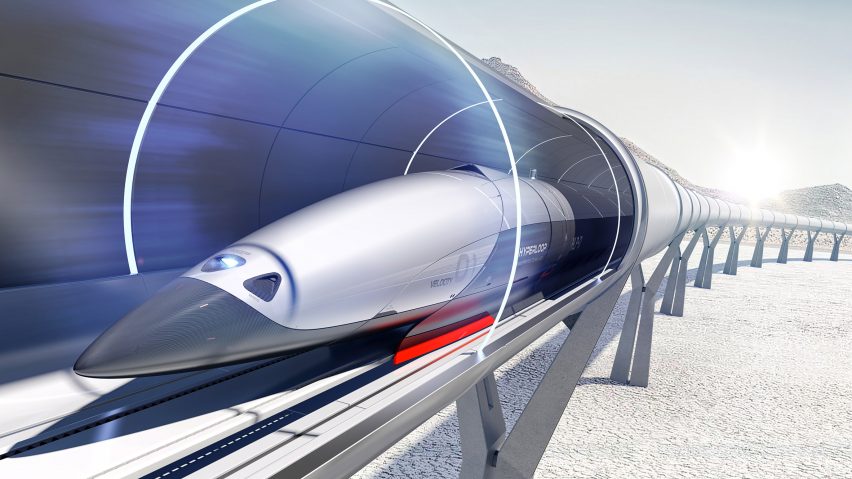 In the modern world, one of the most valuable resources is time. And it is irreplaceable. Wasted time is lost opportunity. Someone refuses a prestigious job, someone misses an interesting meeting or event just because it takes too much time and effort to get there. Suppose an interesting event takes place in the city of N, 600 km away from you, which you would very much like to attend. The night before, you board the train, arrive in the city of N early in the morning, spend several hours somewhere in anticipation of the event you are interested in, and after it ends, wait a few more hours for the evening train and again the night on the way. So, a whole day and two nights on the road – this is the price for 3-4 hours of an event or business meeting that is interesting for you. Is it convenient? Can you always afford it?

In some countries, large cities are connected by high-speed rail, such as the Shinkansen in Japan, which can travel 600 km in 3 hours. And there you will only spend one day on such a trip to another city. Is it faster? The distance from Los Angeles to San Francisco (about 600 km) to overcome in just 35 minutes promises a fundamentally new mode of transport – Hyperloop.

The Hyperloop is an overhead mainline installed on supports in the form of two parallel pipes connected at the end points of the route. Inside these pipes, passenger or cargo-passenger capsules 25-30 meters long will move at a speed of 480 to 1220 km/h, depending on the terrain. It is a safe, efficient mode of transport with minimal impact on the environment, which does not produce direct emissions, noise and does not depend on weather conditions.

The idea for the Hyperloop was proposed by Elon Musk in 2013. Elon Musk is an American engineer, inventor, businessman and investor, billionaire, one of the developers of the PayPal payment system, CEO and head of the board of directors of Tesla Motors, founder, owner, CEO and chief engineer of SpaceX (the company is a private developer of a series of launch vehicles and a commercial operator space systems, the company plans to carry out a flight to Mars). According to Jon Favreau, the director of Iron Man, Elon Musk served as the inspiration for Tony Stark.

When developing his concept, Elon Musk took as a basis the idea of a vacuum train, proposed more than a hundred years ago by the American astronautics pioneer Robert Goddard. The idea is that in a vacuum, a vehicle does not need to overcome air resistance, and it can move at supersonic speeds.

However, the creation of a full vacuum requires significant costs, so it was decided to create a forevacuum, for which it is sufficient to maintain low-power pumps and an ordinary steel pipe 20-25 mm thick. The remaining small amount of air will be directed through the nozzles in the nose under the bottom of the capsules, creating an air cushion. The capsule will be driven by an electric motor, which is fed by a 15-meter aluminum rail at the bottom of the pipe, and it is only needed every 110 km. 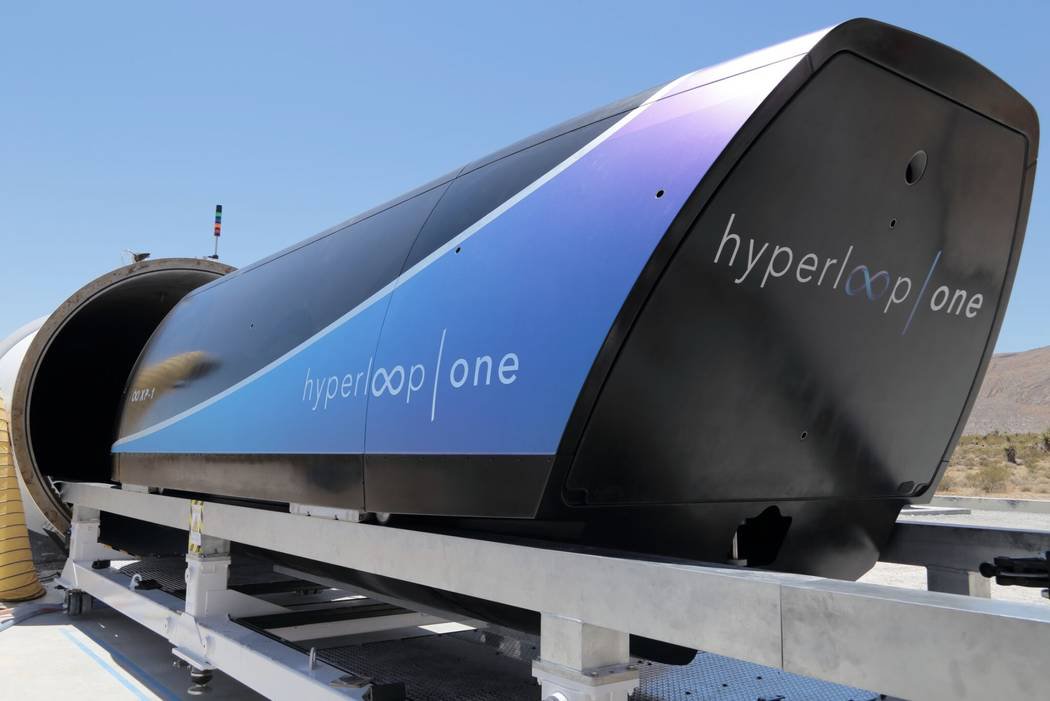 The energy needs of the transport system will be 100% provided by solar panels and wind generators installed on the surface of the pipeline. It is assumed that these sources will generate about 57 MW of electricity, and the operation of the Hyperloop will require half as much energy, the surplus energy is planned to be sold. Therefore, the ticket price can be around $ 20. At the same time, passengers do not need to adjust to the schedule – capsules can be sent every 30 seconds.

The new type of transport Hyperloop is not something fantastic: all the technologies proposed for use in it are already exist and being successfully developed.

The idea of Hyperloop interested many specialists, who began to unite for the creation of a new type of transport. One of these companies is Hyperloop Technologies.

Hyperloop Technologies was founded by Sherwin Pishevar, the first investor in Uber taxi service, founder of the venture capital fund Sherpa Ventures and a major sponsor of the US Democratic Party. Pishevar managed to gather next to him a large team of specialists of various profiles, leading engineers of Silicon Valley and politicians.

On May 11, 2016, two important events took place in the life of the company. First, it was renamed Hyperloop One to avoid confusion with Hyperloop Transportation Technologies. Second, a Hyperloop engine was successfully tested outdoors in North Las Vegas, Nevada.

And on November 15, 2016, Hyperloop One installed the firstpart of the DevLoop vacuum pipeline for a hypersonic train in North Las Vegas. In case of successful completion of construction and testing, the three-kilometer DevLoop track may become the first operating Hyperloop system, that is, a completely new type of transport will be presented to the world.

In parallel with the development and testing, Hyperloop One is actively promoting a new mode of transport around the world and is looking for potential customers.

In July 2016, a preliminary feasibility study was made public for a 500 km high speed Hyperloop line connecting Finland and Sweden via the Åland Islands. Using Hyperloop technology, passengers (and cargo) will be able to get from Helsinki to Stockholm in less than 30 minutes, while now it takes 3.5 hours by plane or a full night by ferry. Stockholm is a rapidly developing city with a large annual population growth and an acute housing shortage. While in Finland there is a sufficient number of affordable housing and a large number of highly qualified specialists in need of work. The fast, affordable, safe and environmentally friendly Hyperloop transport line will effectively link the two regions and balance their economies.

In August, Hyperloop One signed an agreement with the Dubai authorities and the largest port operator DP World to develop a project to transport cargo from ships docked in Jebel Ali Port to a new container depot 29 kilometers from the port. This will increase the port’s cargo turnover, free up valuable waterfront space and reduce traffic congestion in Dubai. 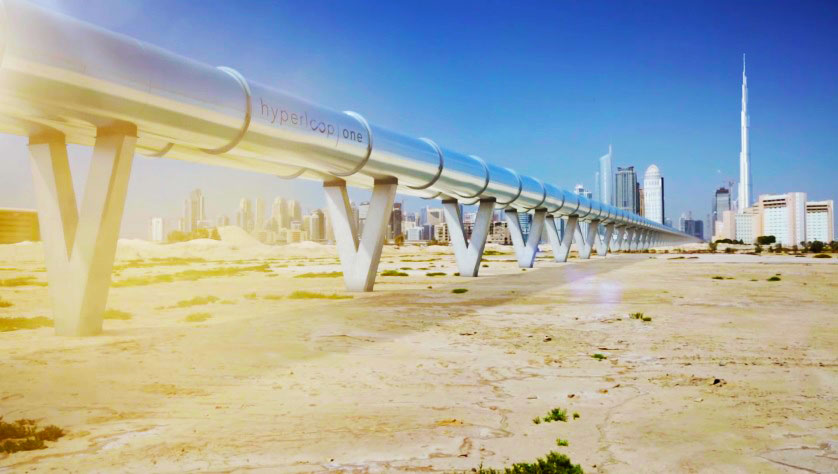 Since September 2016, Hyperloop One’s engineering and design team has been participating in the Dubai Future Accelerators program, a 12-week program that engages high-tech companies from around the world to address social and environmental challenges at scale. The program received more than 2000 thousand applications from 73 countries of the world, of which less than 2% of applicants were selected. The Hyperloop One team is working closely with the Dubai Transport Authority to create a transport network that will reduce congestion in Dubai by 20% and emissions by 30%. A video about the created concept of this network was presented on November 7, 2016. The concept involves the creation of an urban network in Dubai and intercity routes between major cities in the UAE. The first Hyperloop route will run between Dubai and Abu Dhabi. With its implementation, the one and a half hour trip between the two cities will be reduced to 12 minutes. It is also possible that the bullet system will later link Dubai and Riyadh, while the current 9-hour journey will be reduced to 48 minutes.

“Dubai is the ideal location for the hyperspeed vacuum train project as it is a global transportation hub for the 21st century and its leaders understand that Hyperloop One is ushering in a new era of transportation technology,” said CEO Sherwin Pishevar. 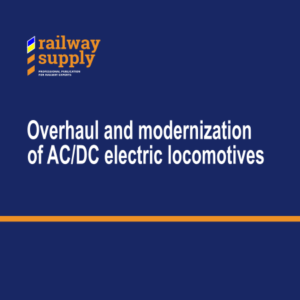 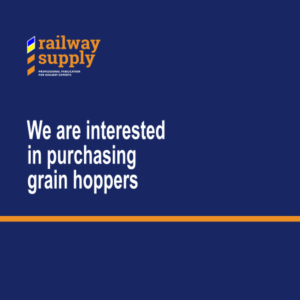 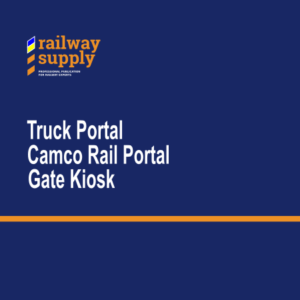 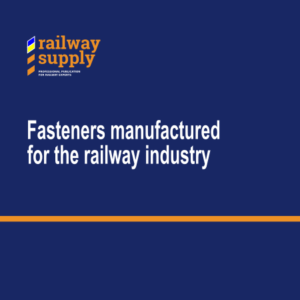