The magnetic super high-speed train Airslider will replace planes and connect the populous cities on the European, African and Asian continents. With an expected cruising speed at 800 km/h, the concept is designed to be a futuristic intercontinental travel solution. 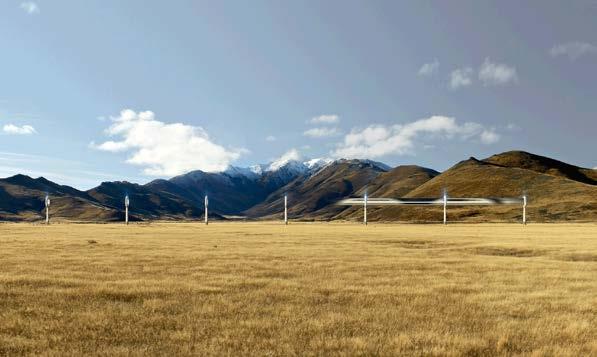 The single-track system is designed to reduce construction costs and integrate with existing infrastructure in urban areas. Additionally, it puts a minimal strain on any environment with the loops allowing unobtrusive passage above irregular terrain, rivers and animal crossings.

One of her proposals is a high-speed train that covers the Earth with transport routes like a giant subway. The concept vehicle, dubbed the Airslider, is an electric train that moves inside magnetic rings mounted above the ground. It’s not as fast as the Hyperloop suggests, but it can be compared to the average speed of airliners.

As the chief engineer of the project Guillermo Callao explains, the development team has put in a lot of effort and proved the feasibility of a project that can connect Africa, Europe and Asia. The main challenge was not to develop a realistic design, but to find a solution that could replace modern air transport with its harmful emissions.

Let it be a little slower than an airplane, but incomparably more efficient, says Callao. – The question is not optimism. This is an urgent need. CO2 tariffs, or CO2 taxes will make air travel unaffordable in the future.

The innovative transport system is envisioned to be based on supports with large ring-shaped magnets. Inside such a structure, trains will move like bullets without touching anything. Moreover, neither electric motors nor batteries are required for traction: it will be provided by electromagnetic forces and good aerodynamics of the capsules.

Unlike conventional railway tracks with their huge costs for laying through uneven terrain, Airslider supports are easy to install due to the ability to adjust the depth of their immersion, eliminating the need to build bridges. Airslider’s transport lines will be located at a height of about 30 meters, without obstructing land roads or animal migration routes, as in the case of rail trains.

In theory, they can be made straight, creating, if necessary, smooth turns – about 4 degrees by 2 kilometers. While the Hyperloop assumes movement inside the vacuum tubes, AeroSlider passengers will enjoy great views from the windows. Passengers will be able to travel both in economy class cabins and in luxurious ones that accommodate entire sports complexes. 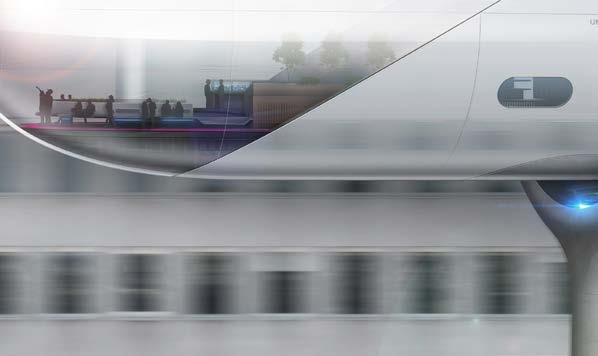 With the characteristics of the new train with magnets, this can easily be allowed, because its capsules will be gigantic – 250 m in length and 12 m in diameter.

Based on the developed concept and the transport needs of the future, the Manyone team has developed an intercontinental route linking major metropolitan areas. It provides that it will be possible to get from Moscow to Shanghai in 12 hours, bypassing the Himalayas and the Alps. 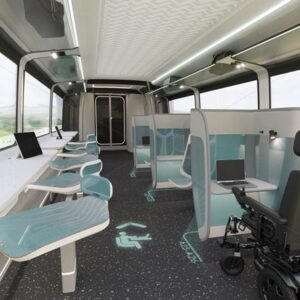 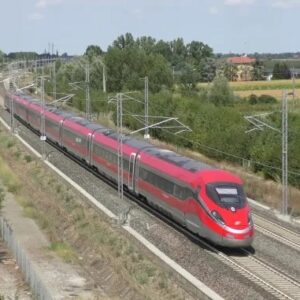 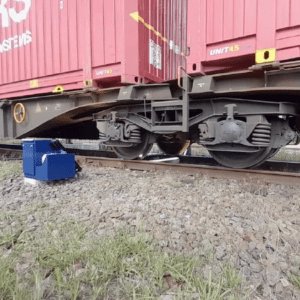 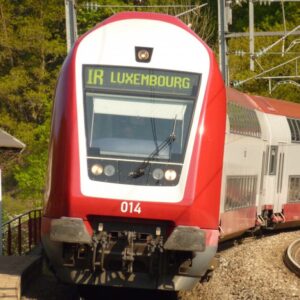