The railways of Pakistan were the part of the British colonies until 1947. Like those of India, they initially went through similar stages in the development of rail transport. In 1861, the first line between Kotri and the port of Karachi opened here. 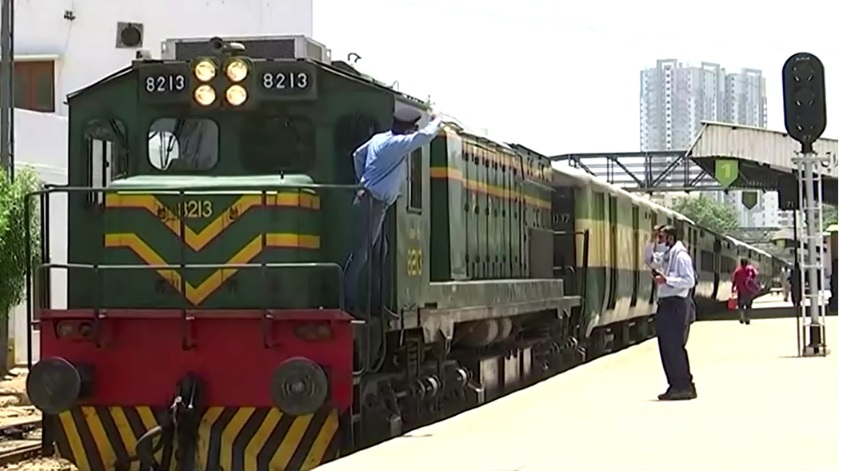 As in India, rail transport flourished in the first quarter of the 20th century. But after the railroad extended to Mardan in the 50s and also connected Karachi with the central regions of the country, the approaches of Pakistan and India to the industry diverged: the Pakistani authority stopped considering rail transport a priority. The possibilities of the industry were rejected almost demonstratively: in the early 70s, they decided to liquidate rail transport in industrial Karachi – the track was simply rolled up with asphalt.

As a result, today more than 80% of all traffic in the country is carried out by expensive road transport, industrial centers cannot cope with freight and human flows, and the railway is characterized by a high accident rate.

Over the past decade, the Pakistani authorities have been trying to rectify the situation by offering investors various projects to develop railway infrastructure. Pakistan lags significantly behind India in this. The length of roads here is only 7800 km, which is eight times less than that of its neighbors. And this is despite the fact that the country’s area is only four times smaller, and the population is 6.5 times smaller. Although railways play a significant role in the economy, transporting mainly oil products, wheat and fertilizers, half of Pakistan Railways’ revenue comes from passenger traffic.

The implementation of the main project of the new strategy has begun – an economic corridor that will connect the Pakistani port of Gwadar and the Xinjiang Uygur autonomy of the PRC is being created. The cost of the project is $ 46 billion, and it is all Chinese investements. This is a risky venture, because the transit route passes through areas where armed extremist groups operate. But Pakistan is striving to establish itself as a reliable partner: in order to secure the works on the creation of an economic corridor that involves thousands of Chinese specialists, the country’s authorities have deployed 10,000 military.

There is no doubt about the seriousness of China’s intentions; the desire to get access to the Arabian Sea is not a whim, but a long-term strategy. It is not for nothing that China became the main investor in the construction of the deep-water port of Gwadar, which was commissioned back in 2007. A modern transport corridor in Pakistan will most likely be built, but at the same time an outdated and unprofitable railway network will still remain a headache for the country – it is more profitable for investors to build a new one for their own needs than to upgrade the old ones that serve the needs of Pakistan itself.

Railways of Hindustan: catching up with time