European railway associations are calling on the member states of the European Commission (EC) and the European Union (EU) to develop a strategy to support operators and infrastructure managers, as well as the entire railway industry, in the fight against rising energy costs in Europe. This was reported by Railway Supply magazine with reference to IRJ.

A statement from the Community of European Railways and Infrastructure Companies (CER) and the European Rail Freight Association (ERFA) said that rail’s share of transport was “at serious risk” due to fluctuating energy prices. The associations claim that action is needed to protect and call for an uninterrupted and affordable power supply for rail transport.

CER says that energy accounts for 10-20% of the costs of operators and infrastructure managers, and that the cost of traction energy will double in 2022 compared to 2021, with some countries “even seeing a 10-fold increase in prices”.

“Rail operators will not be able to maintain their ticket prices and delivery rates unless support measures such as energy price caps and state aid are put in place,” the association said in a statement. “Politicians should apply a multimodal approach to support measures and avoid distorting competition between modes of transport.”

ERFA states that the impact of the sharp rise in energy prices may not only reverse changes in intermodal transport, but also fundamentally change the structure of the European rail freight sector.

“Many small and medium-sized operators are at risk of leaving the market or even going bankrupt depending on the evolution of the electricity charging policy,” ERFA said in a statement. “It is important to take measures that support rail transport and ensure that the 20 years since the opening of the market are not wasted.”

The German Railway Association (VDB), which represents more than 210 companies, also called for “practical and rapid measures” to tackle the energy crisis and prevent the closure of small and medium-sized rail companies by the end of the year.

“Spiking energy costs, sometimes skyrocketing material costs and bottlenecks in the supply chain are all seriously threatening the bottom line of the rail industry,” says VDB Managing Director Dr. Ben Mobius. “Politicians are called to quickly find effective emergency tools so that we do not lose companies. Europe needs sustainable industries of the future.”

CER chief executive Alberto Mazzola says rail should be identified as a “strategic service that should be given priority attention”, arguing that increasing freight and passenger rail transport would improve the EU’s energy balance. “This is important in the current energy crisis to help reduce the EU’s energy dependence on fossil fuel imports,” he says.

ERFA says that infrastructure managers are passing on increased costs to their customers and there is a “real risk” of triggering market consolidation.

“ERFA strongly supports capping energy prices for rail freight and recognizing rail freight as a strategic service,” said ERFA General Secretary Mr Conor Fegan. “It is now necessary for the European Commission to include these points in the expected emergency measures to solve the problem of increasing electricity bills.”

“Rail transport has gone completely electric. This is definitely Europe’s move towards climate protection,” Mobius says. “But now we have to protect the industrial structures that are necessary for the future of Europe.”

Kyiv and Warsaw can be connected by a high-speed railway 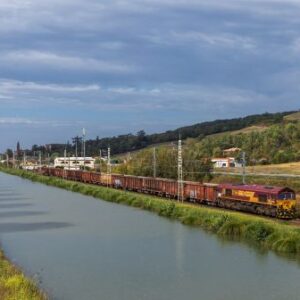 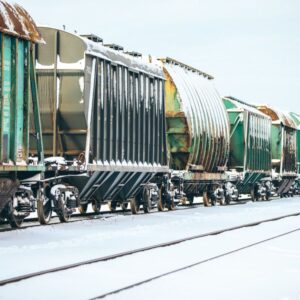