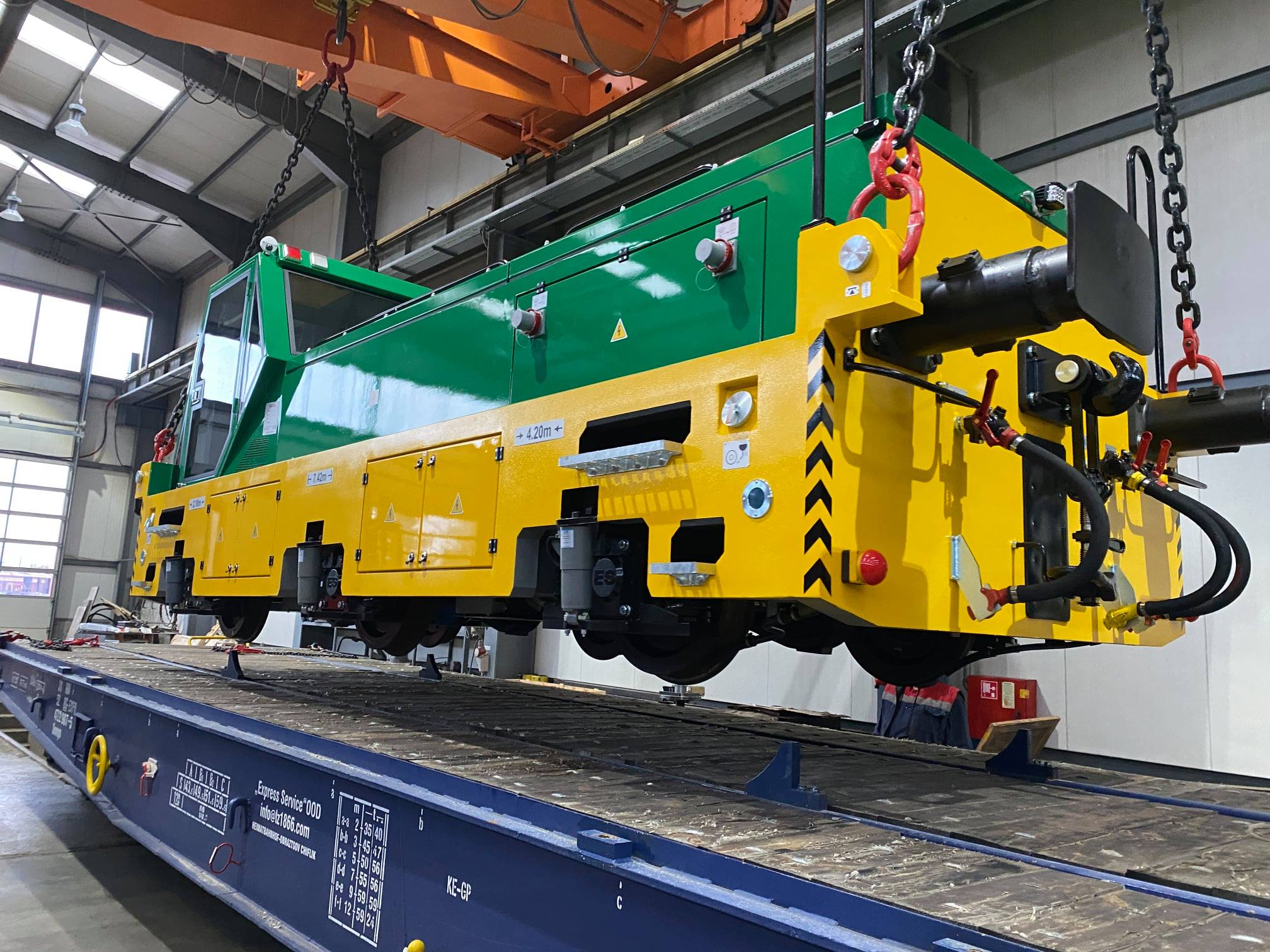 The private rail operator Port Rail purchased it for shunting operations at the Aurubis-Bulgaria plant in Pirdop, a subsidiary of the Aurubis group of companies, the world’s largest copper recycler.

According to the manufacturer, this is especially important for them. Another rail operator will use a remote-controlled, clean and economical shunting locomotive.

There is no alternative to efficiency, environmental friendliness and modernity! Everyone who is connected with rail transport will understand this sooner or later!

They have numerous advantages over the diesel locos.

Of course, all shunters are safety integrated with UWL machines of Hegenscheidt.

Thus, it is not a surprise that shunting capacity of the different models is up to 4000 tons.

Based on the success of ES200, 400, 600, and 1000 series, Express Service has designed several types of special battery vehicles.

A three-axle light shunter, extra heavy battery shunter, work vehicle with crane and platform – all these are based on the proven design of ES shunters.

At its heavy-duty version ES3000 could weight up to 50 tons and shunt up to 4000 tons train at low service speeds.