The first prototype of a train equipped with solar panels for rail transport is already being tested. The development of the new train is being carried out jointly by the national United Railcar Plant and the Indian Institute of Technology. 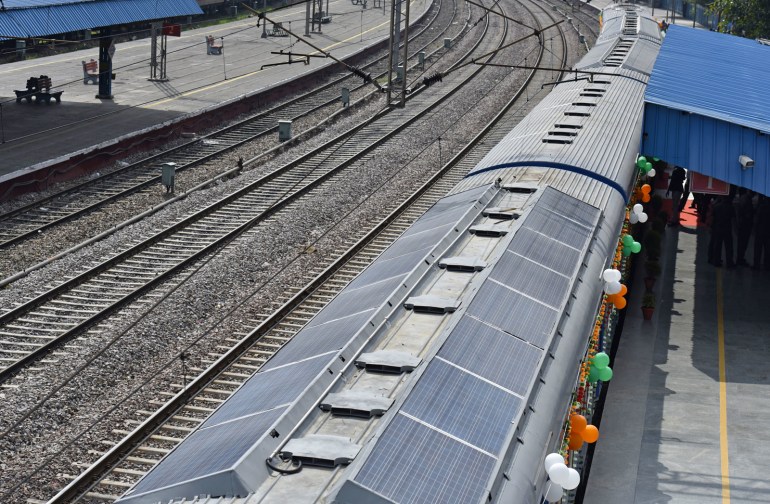 The global environmental strategy aims to increase the use of renewable energy sources, one of which is solar energy.

The Government of India has recognized the potential of renewable energy, especially the sun, and in 2010 the Ministry of New and Renewable Energy developed a program called the Jawaharlal Nehru National Solar Mission (JNNSM). The mission defines the goal, according to which it is planned to create a network of photovoltaic stations connected to the general power system with a total capacity of 22 GW by 2020. India has the ability to receive solar energy almost without interruption for a whole year, its solar potential is about 750 gigawatts.

As a result of the successful implementation of the solar mission, India can become one of the world leaders in the solar energy market. Among the most interesting areas of using solar energy, which are already beginning to be implemented, two can be distinguished – and they are associated with transport.

One project aims to transplant Indian postmen from traditional tricycles to rickshaws powered by the sun. Test trials of the first ten “solar rickshaws” took place in September 2013 in the city of Ajmer, which is in one of the sunniest states in the country – Rajasthan.

It is worth noting that an ordinary Indian postman daily delivers to addressees an average of 15 kilograms of letters, parcels and other small postal items, while traveling up to 50 kilometers. “Solar rickshaws”, the production of which was started by the Indian company “Kinetic Motors”, weigh about 100 kilograms and are capable of speeds up to 30 kilometers per hour.

The serial model for the needs of the Indian post will be somewhat lightweight. On a single battery charge, “solar rickshaws” can travel up to six hours. The use of “solar rickshaws” will speed up the delivery of mail and cargo, as well as facilitate the work of postmen. 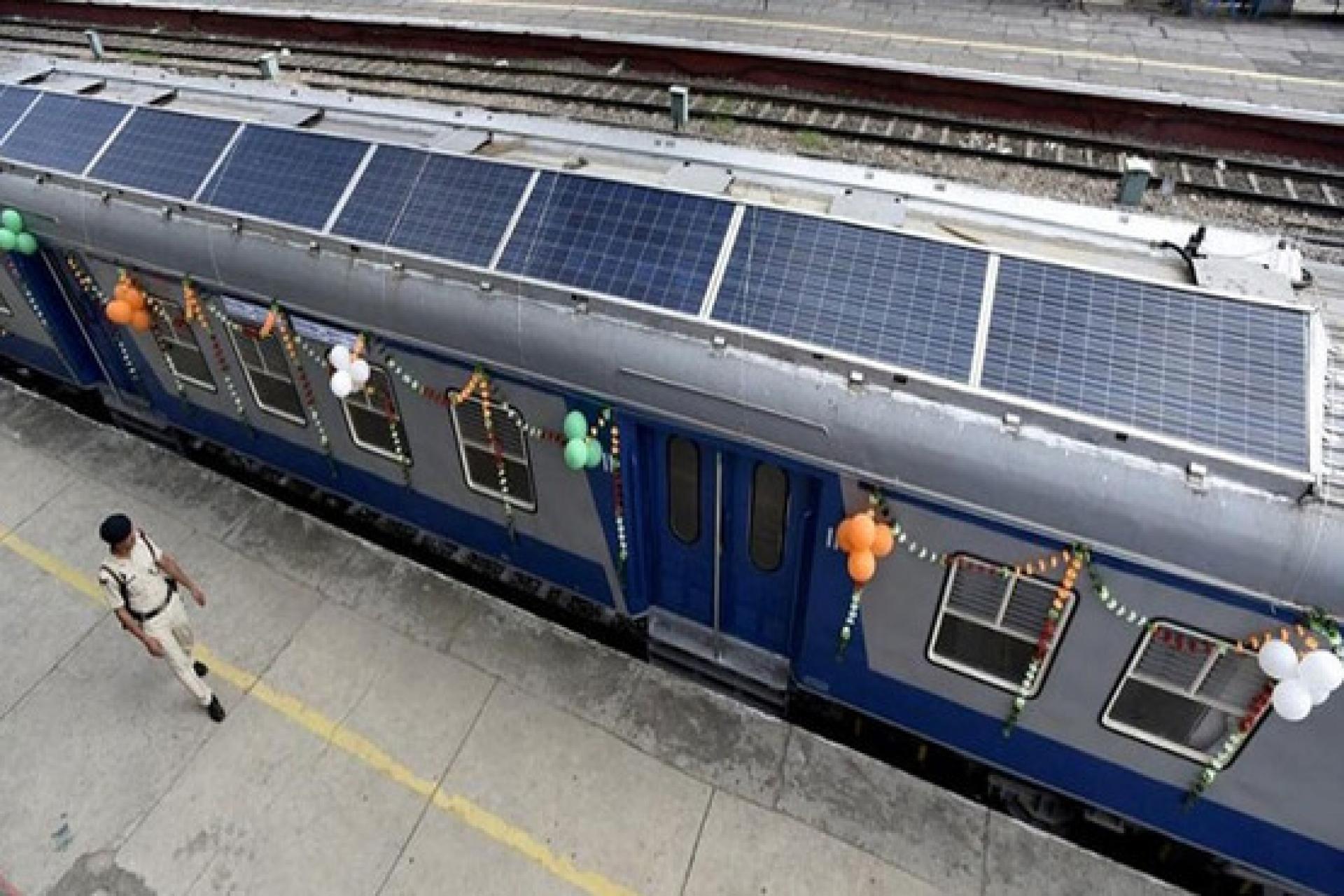 The use of solar energy in rail transport is more extensive and cost-effective. India is one of the largest countries in the world, with railways carrying about 6 billion people annually and the train is one of the main means of transport here. India is a very hot country and the word “comfort” is difficult to use to describe the conditions that passengers on regular trains find themselves in. But Indian Railways, which are owned and operated by the government, have announced their intention to use solar power to make passenger carriages more affordable.

The first prototype of a train equipped with solar panels is already being tested. The development of the new train is being carried out jointly by the national United Railcar Plant and the Indian Institute of Technology. The partnership with the Indian Institute of Technology will enable the installation of solar harvesting equipment that will supply enough electricity to run air conditioners as well as more efficient indoor lighting.

In the first phase, solar panels are likely to be able to meet up to 15 percent of the train’s electricity needs. In addition, it is assumed that while the trains are stationary, the electricity generated by them will be supplied to the national grid.

Now 17 more units of such trains are being created. Solar panels will be installed on their roofs. “Depending on the test results, a decision will be made to launch such trains,” the railway administration noted. How long the tests will last is not specified.

According to research, a solar-powered train cuts diesel consumption by up to 90000 liters per year and reduces carbon dioxide emissions by more than 200 tons.

Indian Railways, according to various estimates, consume about 3 million liters of diesel fuel and about 14 billion kilowatt-hours of electricity per year.

The use of solar panels will significantly reduce fuel costs, improve travel conditions on trains and reduce environmental impact. According to Harsh Vardhana, India’s Minister of Science and Technology, solar panels will be installed on every carriage, helping to eliminate the need for fossil resources in the Indian transportation system in the future.

In addition to the panels on the roofs of the trains, there are plans to install solar panels at 200 railway stations.

Prospects for the use of solar energy for railway transport is recognized not only by India. 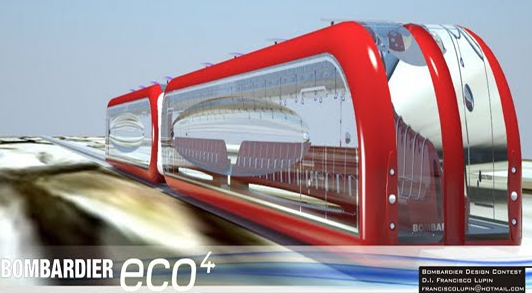 French industrial designer Francisco Lupin has developed an attractive Bombardier train concept, the first in the Eco4 line of energy-efficient trains, for the YouRail Train Interior Design Contest. The train, designed to carry passengers within the city, radically changes our usual ideas about the interior of public transport. In addition, this rail vehicle is made of lightweight materials, powered by solar energy, and uses magnetic levitation technology to travel at high speeds with low energy consumption.

Solar panels located on the top of the train designed for powering the train as well as for interior lighting and power charging stations for passengers. The solar panels are installed in such a way that they can automatically return with a slope of up to 30 degrees to maximize the capture of the sun’s rays. Hopefully this concept will be brought to life soon.