Bucharest Mayor Nicuchor Dan and representatives of the Romanian rolling stock manufacturer Astra Vagoane Călători Arad signed a contract for the supply of 100 trams, which will be operated by the Bucharest transport company STB. The value of the contract, which is co-financed by European funds is 200 million EUR. 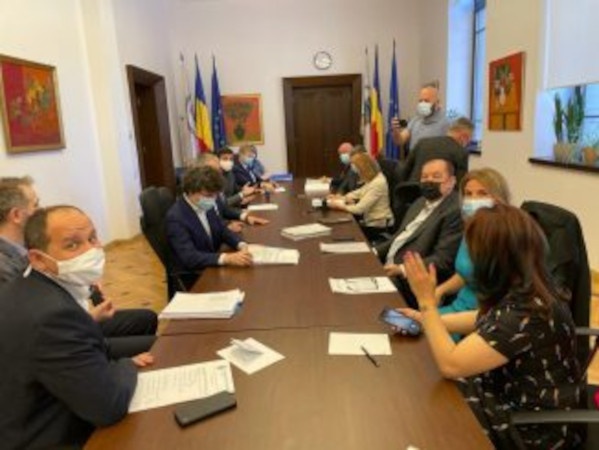 According to the contract, Astra Vagoane Călători Arad will deliver the first tram prototype within 15 months, and from August 2022 the manufacturer will supply four trams per month. The contract also includes the supply of spare parts and service under a 7-year warranty. The manufacturer is responsible for training.

The fully low-floor trams will be 36 meters long and have a minimum of five doors. According to the municipality of Bucharest, the new trams will accommodate over 220 passengers, 56 of which are seated. They will be adapted for passengers with disabilities, there will be two special places for wheelchairs. The new trams will also provide passengers the ability to transport bicycles.