Captrain Polska entered into cooperation with Rail Capital Partners and leased the Gama Marathon 111Ed-018 locomotive. It is a locomotive for intermodal transport, the first locomotive in Poland produced by PESA for RCP, as part of an intermodal project co-financed by CUPT, reports Railway Supply  magazine with reference to Captrain Polska.

The company expects to optimize costs and significantly improve the quality and on-time delivery. The locomotive was put into operation on the day of receipt, and on December 15, it was launched on its first intermodal route from Frankfurt to Brzeg Dolny.

Among the interesting facts about this type of locomotive, it should be mentioned that it was produced at the PESA factories in Bydgoszcz, where several types of locomotives were developed under the general name Gama.

The first model from the Gama family is the 111Ed Marathon locomotive. Construction of the locomotive began at the beginning of 2012 and was first presented on 18 September at the InnoTrans 2012 exhibition in Berlin. The first test drives took place in October 2012 at the Bydgoszcz-Vskhod Tovarova station, and then on the lines to Inowroclaw, Poznan and Zdunska Wola-Karsnice.

The locomotive is a 4-axle electric locomotive with a power of 5600 kW and a voltage of 3 kW DC. In addition, a 405 kW auxiliary internal combustion engine (Caterpillar) was installed, connected to a 420 kW DC generator.

When driving with an internal combustion engine, the maximum operating speed is 40 km/h (76 km/h when tested without wagons). Fuel tank capacity – 1000 liters. The process of switching from diesel to electric motor takes 5 minutes. 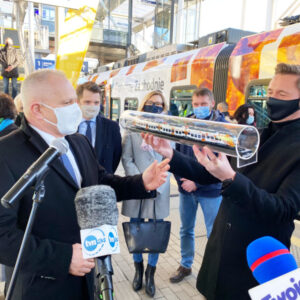 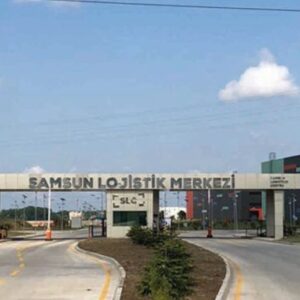 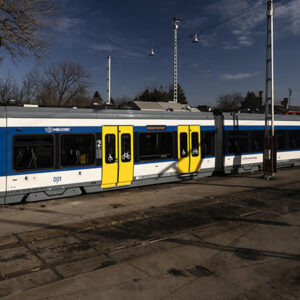