Member of the Board of JSC “Ukrzaliznytsia” in 2019-2020 Marcin Tseleevskiy spoke about possible locations that were previously offered to the Swiss for placing their production facilities.

The first option is the Kyiv Electric Carriage Repair Plant.

The second is one of the railway repair enterprises in the vicinity of Lviv. In the latter, according to Tseleevsky, it would be convenient to work out the technological moments with testing the rolling stock, because there is alternating and direct current.

The third location is Dnipro, where there are “powerful production enterprises of Ukraine”, and this could create a whole technological cluster for the production of modern rolling stock in Ukraine.

According to the ex-official, the issue of opening the plant is becoming all the more urgent in connection with the imposition of economic sanctions on Belarus by the European Union, because this may complicate the work of the Stadler enterprise in Belarus.

Stadler to build a plant in Ukraine: memorandum signed 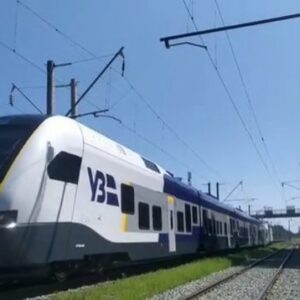