The Hungarian government has proposed a 40% reduction in access fees to the national rail network. This will be implemented by temporarily eliminating the surcharge, which is an additional fee charged when using the railway infrastructure. It is reported by Railway Supply magazine with reference to RailFreight.

The Hungarian railway sector needs urgent help as it has faced high energy prices and a number of other problems over the past few years, explained David Vitezi, Secretary of State for Transport at the Ministry of Technology and Industry. He explained that the ministry would cover the surcharges from revenues generated from carbon trading.

“Direct costs plus surcharges paid by private, usually freight rail companies in Hungary amount to HUF 22 billion. As of 2021, the surcharge amounted to almost 40% of this amount. Thus, the abolition of this fee will greatly contribute to the competitiveness of rail freight transport.” – said David Vitezi.

In this sense, the ministry is already supporting the passenger market by reimbursing additional costs. On the freight side, the company plans to offset the surcharge with revenue generated from carbon trading. We are talking about 8-9 billion HUF per year. Countries and companies receive a quota for the amount of greenhouse gases they can emit. If they emit less, they can sell the difference to those who does more.

The decision is awaiting approval. “Time is of the essence as companies have already begun negotiations on the 2023 price. We hope that the detailed rules will be published as soon as possible,” commented Lajos Hodoshi, Managing Director of the Hungarian railway association HUNGRAIL. 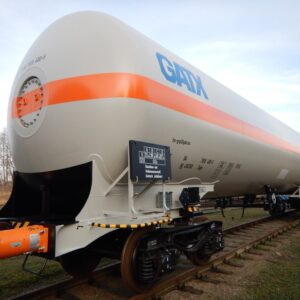