Prospective deliveries of rolling stock in the 1520 gauge network: an overview of the latest news. 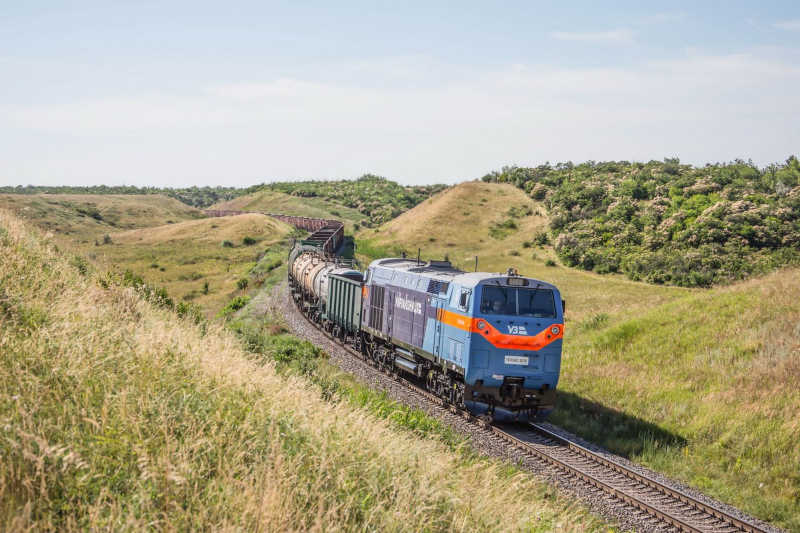 56 metro cars are planned to be purchased by the metro of the capital of Uzbekistan – Tashkent in 2022. Alexander Chebakov, Deputy General Director for Commercial Activities of TMH, announced his readiness to fulfill this order in a consortium with Russian banks. Now TMH is implementing a contract in Tashkent for 10 metro trains (40 cars) model 81-765.5 / 766.5 / 767.5, and in 2019 delivered 5 trains to the capital of Uzbekistan.

Ukraine plans to take a 10 billion loan from the United States for the purchase of Wabtec diesel locomotives in 2021-2023 (it absorbed General Electric’s locomotive assets in 2019). The volume of supplies was not disclosed. At the end of 2019, the country’s ministries of infrastructure, the national carrier Ukrzaliznytsya and Wabtec signed a memorandum of understanding regarding the supply of 40 TE33AC locomotives, however, in November, UZ CEO Vladimir Zhmak announced his refusal to purchase diesel locomotives in connection with the decision to switch to electric locomotive traction. A large contract for the supply of 225 diesel locomotives was signed between Wabtec and GE Transportation in 2018, but only 30 vehicles were produced under it.

15 shunting diesel locomotives TEM18DM (manufactured by TMH) are planned for purchase by  Kolsky MMC (part of Norilsk Nickel) in 2021-2025 to replace part of the TEM2 locomotives and ensure an increased volume of freight traffic in connection with the upcoming construction of a new copper production. According to the company, the cost of each car is about 80 million rubles. The first locomotive has already arrived at the enterprise. Last year, another division of Norilsk Nickel, the Polar Division, announced plans to purchase 8 mainline and 19 shunting diesel locomotives within 10 years. In August, TMH announced the delivery of two 2TE25KM mainline locomotives.

Russian Railways plans to order 800 new cars of the Lastochka electric trains, said Dmitry Pegov, deputy general director of the holding. He noted that such a volume of the order was calculated back in 2019, a re-confirmation of the need from the regions is required. Earlier, according to IA “PRIME”, the president of the Russian office of Siemens (together with STM joint venture “Ural locomotives”, which produces “Lastochki”) Alexander Liberov indicated that the company hopes to conclude a contract with Russian Railways by the end of this year.