The Kharkiv City Council denied the message about the signing of an agreement with the Swiss company Stadler on the construction of two plants in Kharkiv, scheduled for October 6.

Business Censor was informed about this by the Department of Information and Public Relations of the Kharkiv City Council, reports railway magazine Railway Supply.

The city administration also noted that the relevant information has already been removed from the official website of Electrotyazhmash, since it “does not correspond to reality.”


Note that earlier the press service of the enterprise reported that on October 6 an agreement would be signed with the Swiss company Stadler, according to which it is planned to build two factories in Kharkiv.

As a reminder, on August 26, the Ministry of Infrastructure of Ukraine, Ukrzaliznytsia, Stadler and the Swiss Agency for Export Risk Insurance signed a memorandum on investments in Ukraine.

Funds in the amount of up to 500 million euros will go to the development of the railway transport sector. The agreement provides not only for the purchase of trains, but also for the localization of Stadler production through the construction of a new plant in Ukraine. 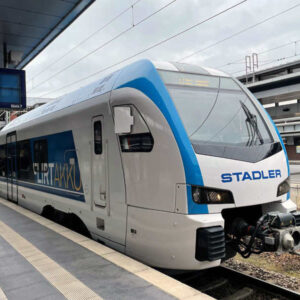