Steam locomotive 2141 «Spirit of Kamloops» has an ongoing history in Kamloops. The 2141 steam locomotive was built over 100 years ago 1912 in Kingston Ontario. She worked hard for the CNR on the Canadian prairies and on Vancouver Island for many years before she was retired in 1958.

In October of 1994, the 2141 was lifted out of the park and trucked to a nearby barn for nearly a decade of restoration work to begin. For eight years men and women of all aged toiled away hoping one day to see steam.

In 2002 they finally did, the barn doors swung open and the 2141 chugged out under her own steam for the first time since 1958. Two open-air cars were built, three coaches, a cafe lounge and a caboose followed suit not long after. The Kamloops Heritage Railway was open for business!

2141 now spends her second chance at life leisurely transporting passengers back in time, all the while providing guests a chance to see and hear the sound of the only steam locomotive left like it in the world!

«Spirit of Christmas» excursions have become a local holiday tradition. You can take a whimsical one-hour ride through the wintry Kamloops night and experience the magic of an old-fashioned Christmas.  Your evening will start with hot chocolate, cookies and carols, then you will board the beautiful heritage train with its thousands of lights illuminating its steamy silhouette!

There is a special guests onboard as well! After your ride, you can take your little ones back to Santa’s comfy throne to meet and greet the jolly man in red. 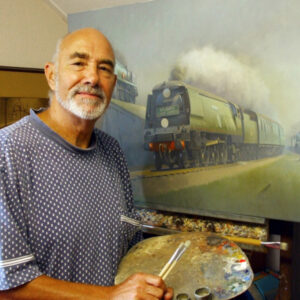