Railway Supply » Железнодорожные выставки » Grain Ukraine 2021 will be on June 4-5, the central theme is the grain market future

This year’s VI International Grain Ukraine Conference will take place on June 4-5, traditionally in Odessa. The meeting of the key players of the grain market this year will be held under the slogan Future Grain. This means that the focus will be on the future of the grain industry.

Among the headliners of the conference are the first persons from the relevant authorities:

Grain Ukraine’s hot panel discussions bring together the most influential representatives of business and government to give different views on hot-button market issues.

Thus, the Trade panel will talk on the future of Ukrainian grain in foreign markets and tomorrow trends — with Taras Kachka, Deputy Minister for Development of Economy, Trade and Agriculture, Ivanna Dorichenko, GAFTA arbitrator and Managing Director at TRADAIDE, Dmytro Furda, Chief Trader at NIBULON.

During the Infrastructure panel we will discuss the future development of ports, their competitiveness and expected changes to the legislation with Shota Hadzhishvili, Co-founder and CEO of RISOIL SA group, Dmytro Lyvch, Head of the analytical department of the Center for Economic Recovery, Mykhail Rizak, a NIBULON government affairs Chief Officer, Yuri Vaskov, Owner of Ukrmara company, Raivis Veckagans, Owner of RV Transport Consulting, representative of QTerminals in Ukraine, and Yevhen Ignatenko, Co-founder of Grain Transshipment.

We will talk about current and future phytosanitary norms in terms of Ukrainian exports with Arina Korchmaryova, Vice President of Cotecna Inspection Business Group for Baltic, Black and Caspian Seas Market, Vladyslav Sedyk, First Deputy Head of the State Service of Ukraine for Food Safety and Consumer Protection.

In addition to panel discussions, participants from the first hand will know about main legislative initiatives and actions to facilitate the work on the grain market, and also about  changes of the investment climate of the country.

“Traditionally, Grain Ukraine has the status of the most atmospheric agricultural party of the year. Recently, we have seen really vigorous and useful debates on its stage, that continue informally after. Grain titans meet here to discuss the future,” said Iryna Bondarenko, Chair of the Grain Ukraine organizing committee.

The organizers expect more than 400 participants. To increase the level of health protection, the event will be held outdoors in Buddha Beach. The organizers of the event — IdeasFirst, TIS group and Neptune grain terminal — guarantee that the place will meet all the Ministry of Health requirements regarding the masks, safety distance for each participant, constant disinfection of premises so that guests can meet colleagues and friends without risk to their health.

The feature of the Grain Ukraine conference is its entertainment program. This year, the organizers were inspired by the Burning Man festival with its atmosphere of creativity, self-expression and freedom. On June 4, the participants will have a party ‘Burning Year at Grain Ukraine’, and on June 5 — a same name relax program in the club Park Residence. Legendary Odessa vacation with music, communications, the sea: everything to relax with colleagues and friends before the busy agricultural season.

The Grain Ukraine conference is an important industry platform for dialogue between the major players of the grain market: heads of Ukrainian agri-food companies, commercial and investment banks, logistics and commodity companies, as well as technology trendsetters. Here we discuss recent trends in the agricultural market, development of sustainable business models and implementation of technological agricultural innovations. The conference has been held since 2016.

Find the latest news of the railway industry in Eastern Europe, the former Soviet Union and the rest of the world on our page on Facebook, Twitter, LinkedIn, read Railway Supply magazine online.
Railway exhibitions 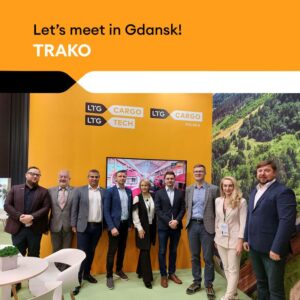 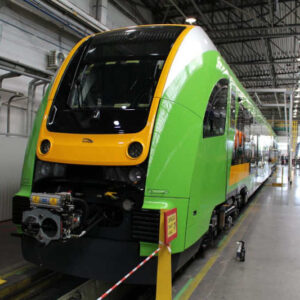 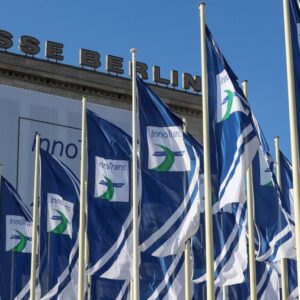 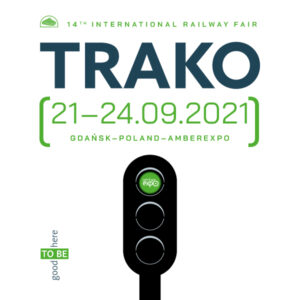