On Wednesday, February 17, a protest action organized by the Trade Union of Railway Workers and Transport Builders of Ukraine took place under the building of the Cabinet of Ministers in Kiev. In the course of it, in addition to social issues, a number of economic demands were put forward against the government regarding the situation in Ukrzaliznytsia, reports Railway Supply citing information from the Trade Union.

The main requirements are the payment of “13th salary” to the employees of Ukrzaliznytsia JSC based on the results of work in 2019, as well as compliance with the collective agreement in terms of increasing salaries and individual payments, refusal of a shortened working week, increasing the amount of travel allowances, holding a summer health-improving campaign in 2021 for employees of Ukrzaliznytsia and their children.

The economic block of requirements is to reduce the financial burden on JSC “Ukrzaliznytsia” by setting a minimum level of land tax, reimbursement of expenses incurred by the company for the transportation of preferential categories of passengers, compensation for excise tax on fuel for railway transport, previously Ukrzaliznytsia and business urge parliament to adopt a relevant law.

In addition, among the requirements is the introduction of a representative of the trade union into the Supervisory Board of JSC Ukrzaliznytsia on a voluntary basis. 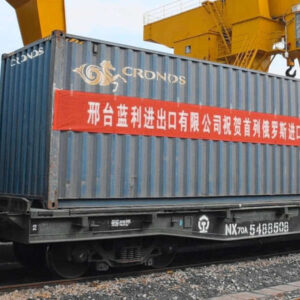