Ukrzaliznytsia is launching a railway service along the restored line between Kyiv and Chernihiv. 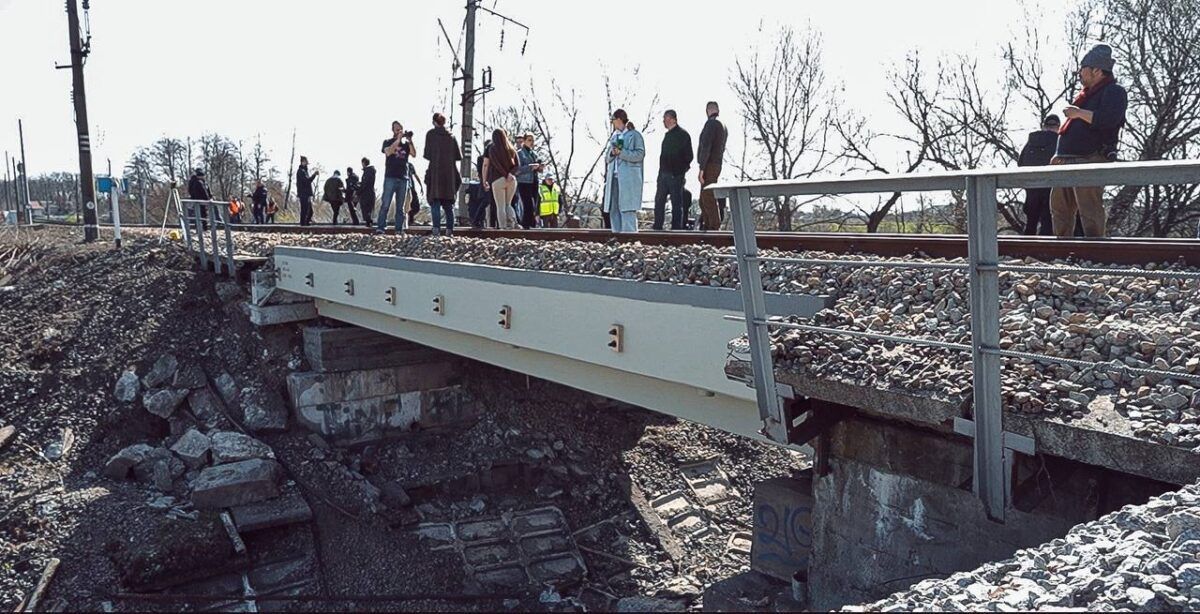 The first demonstration train passed on 15 April. It is reported by the railway magazine Railway Supply with reference to UZ.


“As soon as our troops regain control over the cities, we are in a hurry to restore the railway connection to these cities. This is important for passenger transportation, and for the delivery of humanitarian aid, and for the resumption of cargo work,” said Oleksandr Kamyshin, Chairman of the Board of JSC Ukrzaliznytsia.

He added that a week later, the railway infrastructure team repaired numerous damage to the track and the contact network. The most difficult task, according to the head of UZ, was the restoration of the bridge.

To ensure traffic to Chernihiv, railway workers had to repair about 300 km of tracks in a short time. Signaling and communication devices have also been restored in this direction.

“A week ago, Infrastructure Minister Oleksandr Kubrakov set us the task of resuming railway communication with Chernihiv. Today we traveled with the team by the first train Kyiv – Chernihiv. They worked well and completed the task of the minister on time,” Oleksandr Kamyshin said.

According to the press service of UZ, regular passenger traffic between Kyiv and Chernihiv will be resumed on April 16.

In addition, Ukrzaliznytsia resumes the movement of commuter trains Darnytsia-Nizhyn from April 16.

Recall that Ukrzaliznytsia has appointed a regional express Kharkiv – Vorozhba (via Sumy) and back.