After 25 years of negotiations, the main issues on the construction of the China-Kyrgyzstan-Uzbekistan (CКU) railway have still not been resolved, and there is still no clear plan of action, reports Railway Supply  magazine citing Vestikavkaza.

The CKU railway has been discussed for almost a quarter of a century, but construction may not start. Despite numerous meetings, the three countries were unable to reach consensus on route, railways and funding sources.

In his letter of resignation on October 16, 2020, President of Kyrgyzstan Sooronbai Jeenbekov spoke about his dream: “I dreamed of building a railway. High-level negotiations took place, and a political decision was made to start work. Kyrgyzstan needs the project really bad, and I hope that my compatriots who have come to power will continue to make efforts and bring it to life. ”

The three participating countries have different interests. China and Uzbekistan want to create a shorter and cheaper transit route to Europe and the Middle East, while Kyrgyzstan prefers a longer option that will connect the centers in the north and south of the country and will help to grow its economy. It is expected that trains will deliver consumer goods from China to Central Asia, while food and minerals from Kyrgyzstan will go to China. Uzbekistan hopes to increase exports of oil and cotton.

After the feasibility study, the first option for the construction of the railway cost $ 1.5 billion. During discussions, the amount grew to $ 4.5 billion, and this figure will continue to grow in the next 5 years until it reaches about $ 8 billion.

The northern route, 270 km long, was supposed to connect the northern and southern railways of Kyrgyzstan through the internal highway Balykchy – Kochkor – Kara-Keche – Arpa – Kara-Suu. Thus, Kyrgyzstan would create an interregional railway system. However, representatives of the Chinese government rejected the Kyrgyz proposal during an online meeting on July 15, 2020, indicating that the width of the railway and the route should be agreed by all parties. 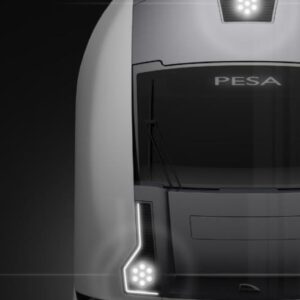