The Austrian railway company ÖBB has officially pulled out of the joint venture responsible for expanding the wide gauge line from Kosice in Slovakia to the Austrian capital Vienna.

ÖBB put its shares up for sale to Russian, Ukrainian and Slovak counterparts, citing the Russo-Ukrainian war as the reason for the change in course, Railway Supply reports, citing railtech.

The wide (1520 mm) gauge railway network, commonly known as the Russian gauge, is predominant in Russia and some Eastern European countries such as Ukraine and the Baltics, as well as in Central Asia.

It currently reaches its westernmost point in the Slovak center of Kosice. For a long time, the Austrians wanted this line to be extended to their own transport hub, Vienna.

To this end, Breitspur Planungsgesellschaft mbH (BPG) was created in 2008, which included ÖBB-Infrastruktur AG, Slovak Railways, Russian Railways and Ukrainian Railways. The first three parties own 27.74% of BPG shares, while the remaining 16.78% belong to the Ukrainian partner.

“At the end of February, ÖBB suspended all BPG-related activities. Due to unforeseen events related to the Russian-Ukrainian war, in April ÖBB decided to withdraw from the shareholders with a share of 27.7%,” the representative explained.

Does this mean the end for an ambitious project? It looks like “yes”.

No benefit to others

From the very beginning, the Austrians were actively involved in the project. It was clear that the Slovaks did not want an expansion that would change the unique position of Kosice. “I am not a supporter of this idea. I always wonder what Slovakia benefits from this. In this case, the unloading area is located in Vienna and not in Kosice. So only the people of Vienna will benefit from this,” Bratislava Mayor Ivo Nesrovnal said last year in an interview with the Wiener Zeitung.

On the contrary, an important and intermodal European cargo terminal, similar to major ports, will be created in Austria, combined with new jobs and corresponding added value.

“The macroeconomic benefits are estimated at around 127 500 equivalent jobs per year and the added value of Austria as a business location of around 16 billion euros,” the Austrian railway company said.

Switching to the European gauge is a strategic goal of Ukraine 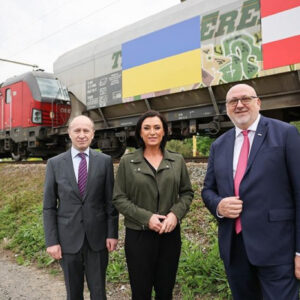 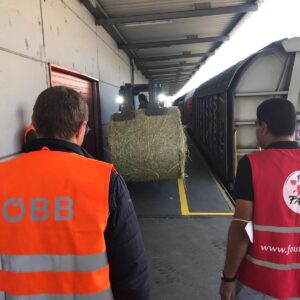