The company notes that in order to increase the capacity of the sections, projects are being implemented to update the railway infrastructure. In particular, the developing of the Dostyk railway station and the Dostyk-Moyinta line is underway.

KTZ noted that over the 30 years of the country’s independence about two and a half thousand kilometers of new railways have been built to ensure communications between regions, increase export and transit potential.


For eight months of 2021 14.4 million tons of cargo were transported through the Dostyk-Alashankou and Altinkol-Khorgos railway borderlines between China and Kazakhstan. This figure is 2% more than during the same period of 2020.

Find the latest news of the railway industry in Eastern Europe, the former Soviet Union and the rest of the world on our page on Facebook, Twitter, LinkedIn, read Railway Supply magazine online.
Kazakhstan Temir Zholy (KTZ) 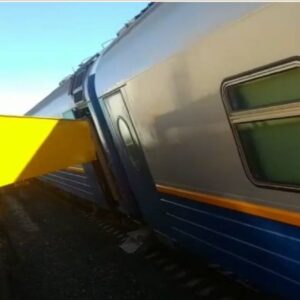 In Kazakhstan, a cargo crane damaged 13 passenger railcars while driving