EIB has signed a €95 million loan agreement with Eesti Raudtee for the modernisation of track and signalling along the Estonian railway network. The European Investment Bank (EIB) has announced that it has signed a €95 million 25-year tenor loan agreement with Estonian national railway company, Eesti Raudtee. The funds will be used to modernise tracks and the control-command and signalling systems on the majority of the Estonian network, as well as carry out the digitalisation of the train management systems.

EIB’s Vice President, Thomas Östros, said: “In the modal shift away from carbon-based transport, there is a big incentive to offer the best possible conditions to travellers, showing them that there are alternatives to taking the car. The modernisation will not only allow for higher speeds on the tracks, but is also expected to improve safety by installing new signalling systems. With the EIB at the heart of financing the transition towards a carbon-neutral Europe, this is a scheme that we are happy to get behind.”

Erik Laidvee, CEO of Eesti Raudtee, said: “Our aim is to develop the most convenient, environmentally friendly and safe mode of transport in Estonia. We have set in motion a very ambitious investment plan until 2030 that will take our railway infrastructure to a new quality and safety level and the loan from European Investment Bank is definitely a big part of realising it.”

The works include the refurbishment of parts of the Tallinn to Tartu line, including the construction of a new bridge on the Emajõgi River. Improved safety measures (including barriers) for level crossings and track refurbishment will allow for a speed increase up to 135 km/h on the line, improving passenger service and cutting travel times.

This will be the same for the Tapa to Narva line, where two bridges will be renovated and 54km of tracks will be renewed. Here, too, level crossings will be made safer. As well as structural upgrades, new signalling devices will be installed on most of the Estonian network, and train management systems will be digitalised, improving service and safety.

Find the latest news of the railway industry in Eastern Europe, the former Soviet Union and the rest of the world on our page on Facebook, Twitter, LinkedIn, read Railway Supply magazine online.
Eesti Raudtee 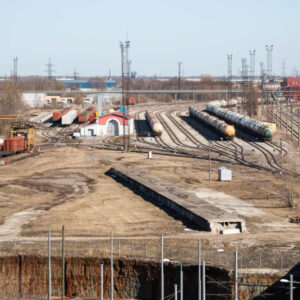 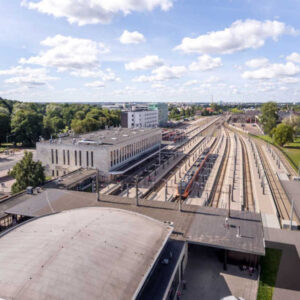 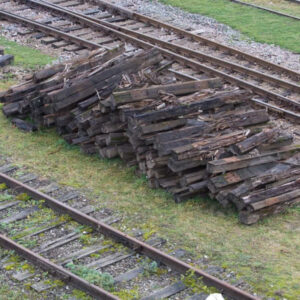 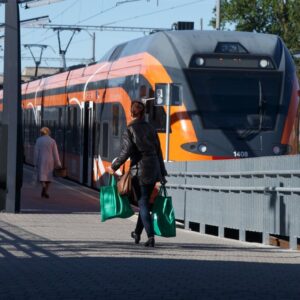