The Polish expert believes that radical changes in UZ require strong political will. 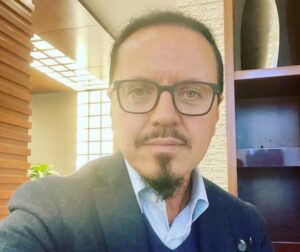 Wojciech Balczun, who headed Ukrzaliznytsia in 2016-2017, considers the current situation in the company to be even more complicated than it was a few years ago, and sees no easy way out.

As the the former head of UZ he was asked  about the current state of affairs in the company. Wojciech Balczun said: “The situation is dramatic and more complicated than it was a few years ago. I look at what is happening with great attention. There are no simple solutions. I know that a competition for a new head of UZ has now been announced. But changing company leaders has political influence… Any new manager will face old problems.

Strong political will is needed to reform a company like UZ, as has happened in Poland. Because this reform is difficult and painful.”

At the end of August, Ukrzaliznytsia signed contracts with the recruiting agency Executive Search Ukraine for the selection of new management. According to the first of them, the subject of procurement were services for finding and selecting candidates for the positions of the chairman, his deputies and members of the board of UZ. The second is services to ensure the selection of candidates for the positions of four independent members of the company’s supervisory board.

On September 22, the MIU reported that terms of 4 members of the supervisory board of JSC UZ had expired and Ministry decided not to renew them.