Logistics chains in Russia were in a difficult state even before the war in Ukraine, and since the end of February the situation has sharply worsened. 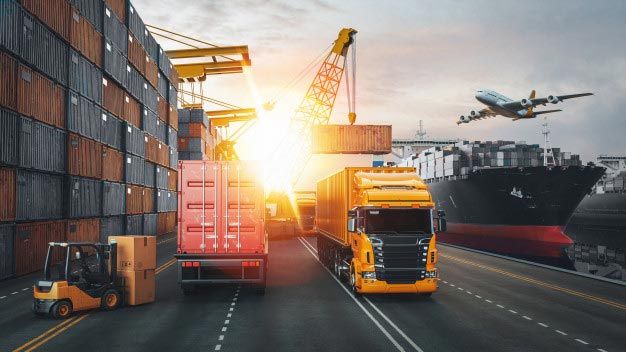 The logistics of cargo arriving and exporting from Russia, which was in a tense state before the start of the Russian war in Ukraine, have become chaotic. The European direction is paralyzed by both sanctions and a lack of understanding of their structure and application by suppliers and transport companies, which often refuse to interact with entire groups of goods.


This was reported by the railway magazine Railway Supply with reference to the CTS.

Logistics chains in Russia were in a difficult state even before the war in Ukraine: extremely high freight rates, traffic jams at checkpoints were observed throughout 2021 and early 2022. But since the end of February, the situation has sharply worsened.

“Previously, the situation in logistics was tense due to the high cost of transportation and lack of containers, there were traffic jams on various sections of routes. Now all this is compounded by uncertainties and ever-changing sanctions,” adds Julia Janelis, Transcertico’s Director of Strategic Development.

Most of the logistics routes previously used to supply goods to Russia are now either completely blocked or operate at high risk.

Queues at borders are maintained. Delivery times are delayed due to the partial closure of the European direction for imports and exports. The obligations are fulfilled under the old contracts, but with the application of additional customs control measures on the one hand and on the other. The new contracts are more complicated, they will not be concluded directly with Russian suppliers in the near future.

It is noted that the situation with seaports and ports is very difficult and changes several times a day. Many lines have almost stopped shipping to major Russian ports. This type of transport is less in demand due to the risk of getting stuck in the port at loading / unloading or in the export clearance area, due to refusal to service cargo or simply due to the cancellation of booking. Many cargoes have already gathered in European ports and are waiting for a solution to this problem – when the sea lines fulfill their obligations and deliver to their destination. At the moment, bookings are not accepted for new cargoes on the main European lines.

In early March, the number of ships calling at Russian ports fell by almost 40%. EU and US sanctions have also led to delays in shipping across Europe.

There have also been reports of a sharp drop in cargo turnover in Russia’s seaports due to the refusal of the largest ship operators to carry out calls. Most of the cargo at sea in the European part of Russia now comes to Novorossiysk.

Experts believe that direct rail delivery from China will now become one of the most popular options and this will worsen problems at destinations in the Moscow region. At the same time, there is still a problem with the limited capacity of the railway infrastructure, including at the approaches to ports and at border crossings.

The reorientation of sea freight to alternative land routes creates problems with the passage of cargo both in infrastructure, in approaches to ports, and through land border crossings. In the latter case, this is due to the ongoing anti-epidemic measures on the border with China, and intensified surveillance measures in the western direction.

UZ plans to achieve exports of 1.5 million tons of grain per month by autumn