An updated steam-powered snowplow has been tested in Switzerland. 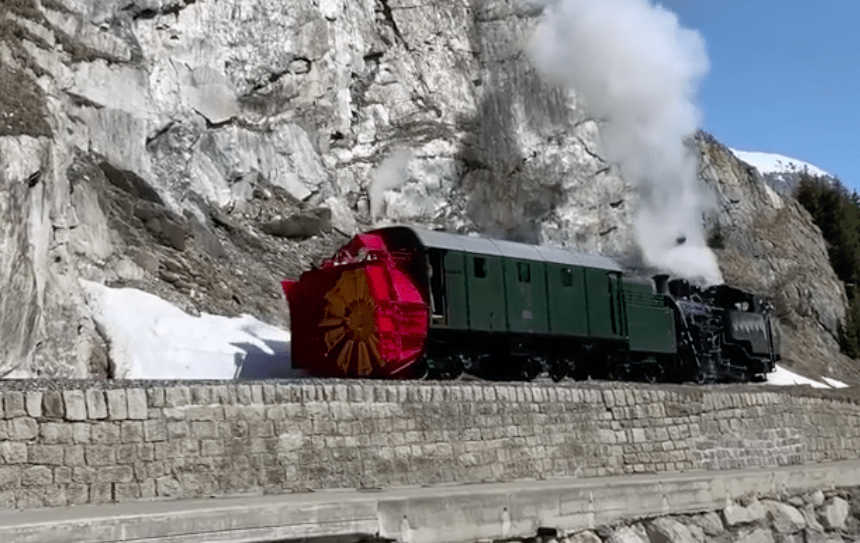 The snowplow was released in 1913. It was often used to clear the paths of snowdrifts during snowfalls and even avalanches. Given its venerable age, the vehicle needed a major overhaul, which lasted 18 years. After the update, it was tested in difficult mountain conditions. 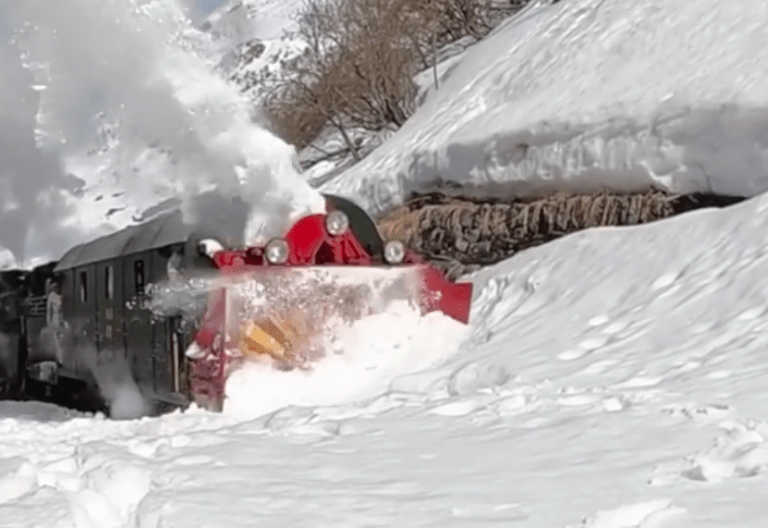 Note that the R12 is not a self-propelled machine. It is built on the basis of a steam locomotive, which pushes the body with blades.

Although the equipment is highly productive even when clearing heavy “spring” snow, it is intended to be used only for demonstration purposes in the future. After all, using such a steam engine for cleaning snow is too expensive.