The railways of Georgia, Azerbaijan, Turkey and Kazakhstan will create a joint venture “Middle Corridor” (TMTM).

The Joint Venture “Middle Corridor” is planned to be created between the railways of Georgia, Azerbaijan, Turkey and Kazakhstan, participating in the Association “Trans-Caspian International Transport Route” (TITR).


The formalization of the JV is expected to be completed in early or mid-2023. The news about the establishment of the Middle Corridor was confirmed by Secretary General Gaidar Abdikerimov during a special edition of the RailFreight Summit.

“Yes, the joint venture is officially formed, but it is worth waiting at least until the end of the year. However, most likely, the company will be officially registered in early to mid-2023,” he said.

The purpose of the joint venture is to add value to the Middle Corridor, as it “will facilitate the processes of transshipment and make the passage through different countries and ways smoother,” commented Abdikarimov.

On March 31, four countries – Georgia, Azerbaijan, Turkey and Kazakhstan – signed a quadripartite statement on the development of the Trans-Caspian International Transport Corridor, aimed at strengthening cooperation and increasing the transit potential of countries along the corridor.

The statement notes the importance of cooperation between countries along the route and investment in infrastructure development for the integration of the Trans-Caspian transport corridor into the international transport system.

One of the priorities is to increase the competitive advantages of the Baku-Tbilisi-Kars (BTK) railway line in Eurasian transport and accelerate the work to increase the capacity of this line.

Earlier, the chief engineer and head of the technical policy department of the state railway company of Kazakhstan, Batyr Kotyrev, also said that legal and diplomatic work is underway to create a joint venture by merging the railway administrations of Azerbaijan, Georgia and Kazakhstan.

This joint venture will provide high-quality intermodal transport and logistics services, harmonize cross-border tariffs, and implement a unified IT platform to fully automate freight services from China to Turkey and Black Sea ports.

It is also planned to connect with the International North-South Freight Corridor (INSTC) through the ports of the Caspian Sea, thus expanding the corridor to Iran, the Arab countries along the Persian Gulf, East Africa and India. 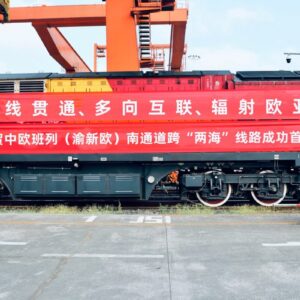 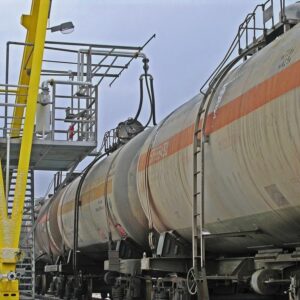