The Lithuanian Ministry of Transport and Communications has approved the so-called alternative route 6A for the Rail Baltica section from the city of Kaunas to the border with Poland, developers said on Thursday.


“A very important stage of the Rail Baltica project has been completed. Both city and regional governments and communities actively participated in it,” Vice Minister Loreta Maskaliovene commented the decision, which was supported by the majority of residents.

Alternative 6A was more remote as it bypasses the city of Marijampole and is at some distance from Kazlu Rud and Kalwaria.

Stations are planned at Marijampolė and Šeštokai, which will also serve as junctions to the main railway line.

After the construction is completed, the travel time to the Polish border will be reduced to 19 minutes, and the trip from Kaunas to Warsaw will take 3.5 hours.

The planned Rail Baltica railway covers a total of 870 km across the Baltic States.

The 392 km section is the longest in Lithuania. Construction is expected to be completed by 2026. 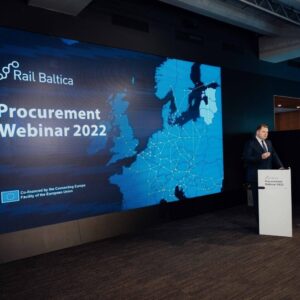 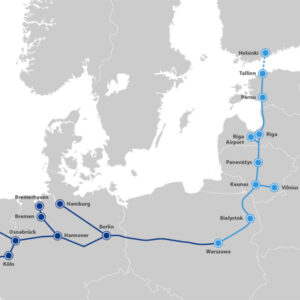