On April 8, 2021, by order of the Prime Minister of the Kyrgyz Republic No. 351, Adranov Adylbek was appointed General Director of the State Enterprise National Company Kyrgyz Temir Zholu under the Ministry of Transport, Architecture, Construction and Communications of the Kyrgyz Republic. This is reported by the railway magazine Railway Supply with a link to the company’s website.

The length of the railways of Kyrgyzstan in 2006 was 470 km, in 2012 there were only 424 km left. Rail transport accounts for about 3% of freight turnover. The degree of wear and tear of rolling stock at the beginning of the 2000s is high, there are 2500 freight cars, 450 passenger cars and 50 locomotives. Transportation is carried out by the state company Kyrgyz Temir Zholu.

The chairman of the board of JSC “KTZh” has been appointed

Find the latest news of the railway industry in Eastern Europe, the former Soviet Union and the rest of the world on our page on Facebook, Twitter, LinkedIn, read Railway Supply magazine online.
Kyrgyz Railways 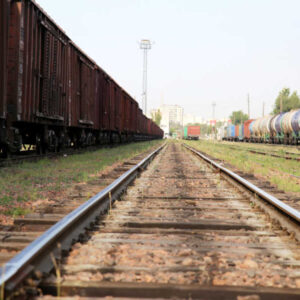