A new container terminal was commissioned in Mostysk

The companies UGTC Trade and Levada Cargo put into operation a modern container terminal in Mostysk, located 4 km from the Polish border. This was reported by Railway Supply magazine with reference to Tripoli Land. 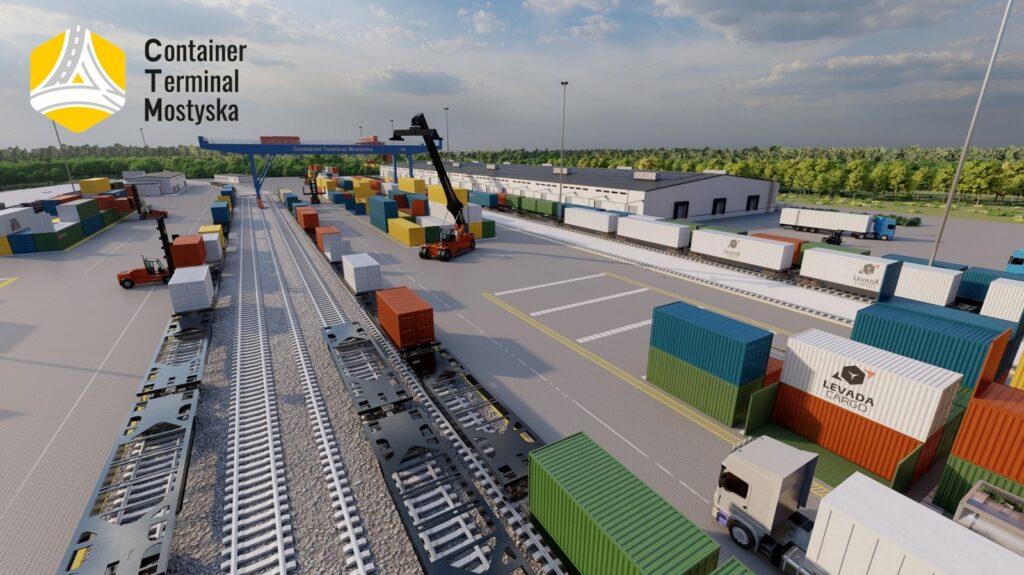 As specified by the general director of Levada Cargo LLC Volodymyr Demenko, the terminal will occupy 36.5 hectares. The first stage is 12 hectares, with more than $15 million investments.

“The container terminal in Mostysk has already been launched. Now there is an opportunity to receive regular trains on the European and Ukrainian gauge tracks. Currently, the terminal load reaches 65%. We also adapted to the needs and completed a grain terminal that can handle 60,000 tons of grain per month. In addition, we work with big-bags and bulk cargo,” Volodymyr Demenko noted.

The general director added that the second stage will be the construction of covered warehouses of class A with an area of ​​80,000 m2, and the third stage will be the expansion of the transshipment capacity from 100 to 200,000 TEU per year. The total amount of investments will amount to more than 25 million dollars.

“Mostysk Container Terminal” is a partnership project of “Lemtrans” and “Rail Trans Investment” companies, and N’UNIT and “Levada Cargo” are their partners in the development of container business. Construction of the terminal began in March last year. It will handle containers of all types, including refrigerated ones. After the completion of the construction, it will be possible to quickly reload containers from railway cars of track 1520 to track 1435 and vice versa. This will allow the Mostysk terminal to become the main transport hub between the regions of Ukraine and Asia and the European terminal network in the future, as well as help attract additional transit from China to Ukraine.