48 diesel locomotives were brought back into service at Zaporizhstal

The railway transport department of the Zaporizhstal Iron and Steel Works (part of the Metinvest Group) continues to remove locomotives from stand-by storage. 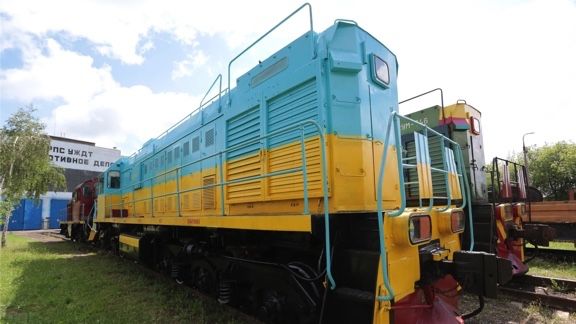 The company reminded that after the start of the military aggression of the Russian Federation, the locomotives of the plant were put on stand-by storage. “But this process itself is not as simple as it might seem at first glance. Diesel locomotives were not just transported to the depot, this was preceded by a lot of work on the future safety of locomotives,” the report says.

There are 94 locomotives in the metallurgical plant’s fleet. When the enterprise was operating at full capacity, 70 locomotives were brought to work daily. Since the beginning of the full-scale invasion of the Russian Federation, the number of diesel locomotives in the working fleet has been reduced to about four per day.

“In April, the production capacities of the plant began to gain momentum again, and it became necessary to gradually bring all the locomotives of the plant into working condition so that at any time, if necessary, they could quickly become operational and carry out the transportation of goods. So the work on preparing diesel locomotives for operation began, and it continues now,” the company explained.

Specialists carry out the necessary operations to prepare wagons and diesel locomotives for the full-fledged operation of the enterprise’s railway. Currently, 48 locomotives have already been reactivated and are ready for operation.