The salaries of HS2 project managers have been revealed in Britain

In the UK, the salaries of officials and top managers in the public sector have been revealed – in particular, it became known how much the head of the High Speed ​​2 (HS2) project for the construction of a high-speed highway between London and Wigan.

About 46 HS2 executives continue to receive more than £ 150,000, despite the fact that the railway project has been significantly reduced.

Thurston became the highest paid civil servant. For comparison: the Prime Minister of the United Kingdom Boris Johnson earns a little more than 150 thousand pounds for governing the country.

The list also includes 74 employees of the railway company Network Rail, who earned more than 150 thousand pounds, despite the reduction of rail traffic during the pandemic.

“Taxpayers are shocked by the scale of the increase in salaries in the public sector. Ministers need to take this under control before asking taxpayers for extra money, ”said John O’Connell, executive director of the Alliance of Taxpayers.

Commenting on the situation, HS2 said: “In a high-tech project of such scale and complexity as HS2, it is necessary to use the necessary level of knowledge and experience for the successful implementation of the program.”

“The average total salary of our senior staff has declined this year as we continue to focus on providing a high level of service to passengers, shippers and taxpayers,” said Peter Handy, Chairman of the Board of Network Rail. 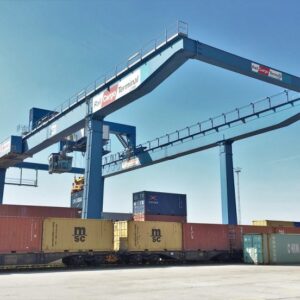