1. East-West Gate completes construction of an intermodal terminal on the Hungarian-Ukrainian border

Hungary wants to return to the world map of logistics, how will Ukraine take advantage of this? In a few weeks, the construction of the East-West Gate intermodal terminal (EWG) will be completed, and in the second quarter of 2022 it will begin accepting the first trains.

Czech Railways accepted the first Viaggio coaches. Passenger cars, produced by the Skoda and Siemens consortium, will operate under the new InterJet brand.

3. Deutsche Bahn continues to look for catenary electricians in Ukraine

Among other things applicants will be offered in-service training at Deutsche Bahn. On the social network Facebook German railway concern Deutsche Bahn is advertising an announcement in Ukrainian about the search for electricians of the catenary network.

4. A tender has been announced for the design of a new high-speed rail section in the Czech Republic

The Czech Railway Infrastructure Manager SZ, has announced the seventh tender for the construction of its HSR network, which includes the design of the Poržičany – Svetla nad Sazavou railway section, which is part of the Prague – Brno high speed railway.

5. Lithuania wants to block the transit of Belarusian potash fertilizers

Lithuanian railways are looking for a way to block the transit of potash fertilizers by rail through the territory of Lithuania.

6. Violator was unable to pass through the gate due to fingerprint mismatch

An unusual incident occurred in Birmingham at the Genesee & Wyoming Inc. intermodal terminal, a fox entered the terminal, which was not left unnoticed by Camco Technologies OCR cameras.

8. UZ extended the tender for the purchase of 80 electric trains for the third time

Ukrzaliznytsia postponed the tender and extended the deadline for submission of applications for the supply of electric trains, informs Railway Supply magazine with reference to ProZorro.

10. PKP Intercity got € 433 million loan for investment in rolling stock

The European Investment Bank provided PKP Intercity with a € 433 million loan to finance the purchase of new rolling stock and the modernization of the existing one, the first part of a broader € 973 million loan agreement approved by the EIB’s Board of Directors. 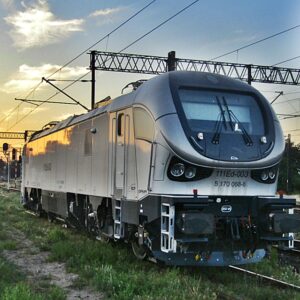 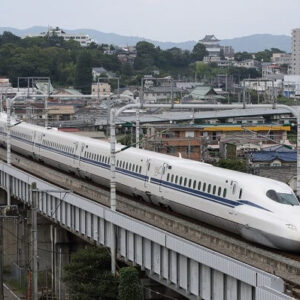