The Russian certification body “Register of Certification for the Federal Railway Transport” issued a Certificate of Conformity for a shunting diesel locomotive TEMG1 with two power plants running on liquefied natural gas (LNG). 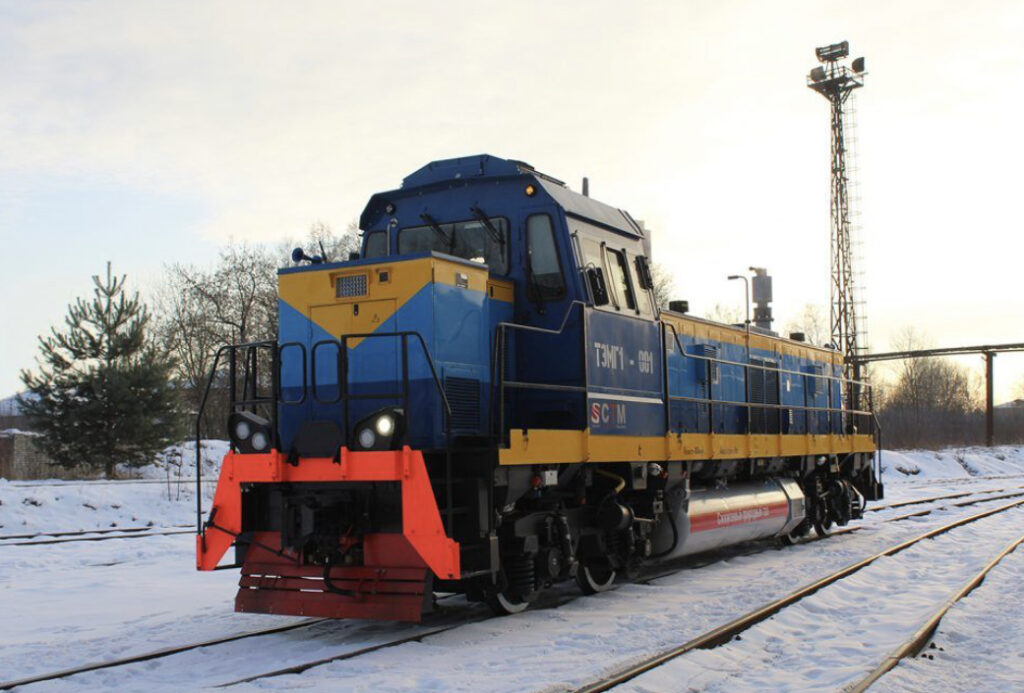 This is reported by the railway magazine Railway Supply with reference to STM.

The diesel locomotive manufactured by Sinara Transport Machines has successfully passed all the necessary certification tests for compliance with the requirements of TR CU 001/2011, the Technical Regulations of the Customs Union.

Pilot tests will take place in February at the Orenburg railway branch of Gazpromtrans and are carried out in accordance with the company’s plan to expand the fleet of locomotives running on LNG.

The design of the TEMG1 shunting diesel locomotive includes advanced technical solutions, such as a modular design, a microprocessor-based engine control system, as well as an asynchronous drive for all auxiliary machines. TEMG1 was produced at the facilities of the Lyudinovsky Diesel Locomotive Plant (LTZ, a subsidiary of STM).

The four-axle shunting diesel locomotive of the TEMG1 class runs on LNG, which makes it possible to achieve a reduction in CO2 emissions of up to 40% compared to a traditional diesel locomotive. Locomotive power 1120 hp. The storage of LNG cryogenic tank is 2600 kg and allows for an unequipped mileage of up to 5 days.

Sinara Transport Machines believes that market interest in these locomotives will increase, especially in Russia, where gas filling infrastructure is being built on the existing Russian railway network.