EWG is to become the first intermodal terrestrial combined terminal in Europe. Green technologies will be used in the construction of the railway terminal. The terminal will have its own 5G network.

The East-West Gate terminal has a capacity of 1 million TEU per year (area – 125 hectares).

Equipped with modern technologies, the EWG Intermodal Rail Terminal will become the western gateway of the New Silk Road, offering a new route for the transport of goods from Asia to Europe.

The planned launch is January 2022, and the final delivery of the project is the first quarter of 2022. Private investment are € 61 million. 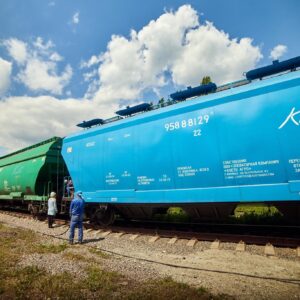